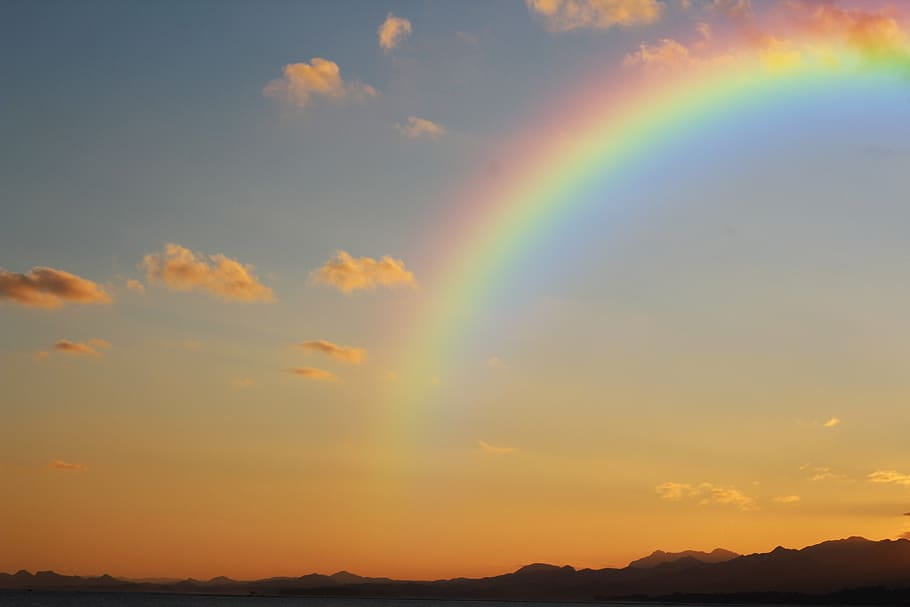 A rainbow is a natural occurrence that is common. Often this rainbow occurs after rain accompanied by heat. Now, besides observing and feeling the beauty of the rainbow. You can also make explanatory texts based on natural events on this one you know.

Thus, your writing can be more useful for many people. To make the rainbow explanation text, you must first master the explanation text itself. There are elements, characteristics, objectives and others in this one text.

If you really understand it, you can now make the explanatory text. Well, if you are still confused about this, let’s look at an example of rainbow explanation text below.

Example of Explanation Text About Rainbow

Rainbow or a rainbow is a natural phenomenon that occurs due to refraction of sunlight from some grains of water. The rainbow has various types of colors that are the same and parallel and clearly visible in the clear sky. In addition, this rainbow is also an optical symptom.

In general, the rainbow has a bow-like shape and at each end has a different direction. This rainbow is seen as an arc of light sticking out at each end in the horizon during light rain. Not only during light rain, this natural phenomenon also often occurs and can be seen in the area of ​​heavy waterfalls.

A rainbow can arise because of the light that refracts and deviates away from the particles. At sunset the sky will turn red. This is because the sun’s rays pass through a thicker atmosphere than during the daytime. The rainbow also cannot be seen at night or in cloudy weather.
This is a clear sign that the rainbow is a natural phenomenon that occurs due to refraction of light. Initially, sunlight passes through rain drops and then deflected towards the middle of rain drops. So, what happens is white light becomes the color of the spectrum.
This natural phenomenon can be seen clearly when the rain and sun shine from the opposite direction from the direction you are facing. So your position must be between the sun and the water droplets with the sun behind you.

As an observer, the sun and also the center of the rainbow should be in a straight line. So, you can enjoy the beautiful and colorful views of the rainbow.

Similarly, a review of examples of rainbow explanatory text that you can use as a reference to make a paper. By knowing examples like the one above, now you don’t need to be confused anymore when going to make a work.